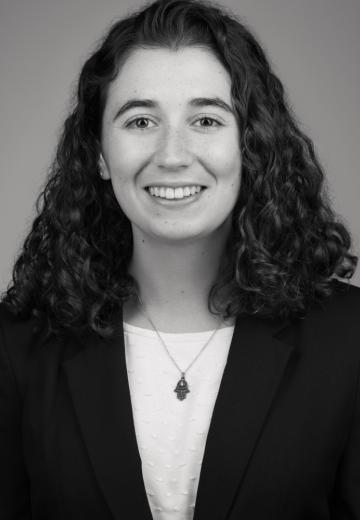 Madeleine Breunig is a Wilson Law Group Senior Legal Assistant.  A graduate of Grinnell College with a degree in Political Science and History, Madeleine brings life experiences from the far corners of the world to contribute to Wilson Law Group's immigration practice.

Madeleine is originally from Australia, and is an American, French, and Australian citizen.  She chose to come to the United States to pursue her collegiate education and has become enamored with the U.S. legal system and her capacity to impact a variety of immigration case types.  She is tireless, driven, and motivated to make a difference in every case.  Madeleine is fluent in French and speaks a little bit of Spanish and picked up some Moroccan Arabic during her time studying abroad there.  In her spare time, she can be found running around Minneapolis and cooking.